Being born in Australia is something special not afforded to everyone; there’s no small wonder why people clamour to begin a new life here. It’s also no surprise then to find that Australia has four of the most liveable cities in the top 10 of the Global Liveability Ranking and Report for August 2014. 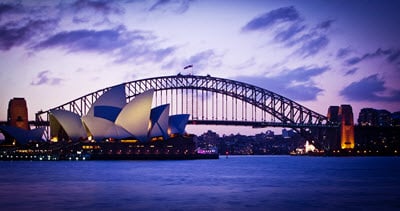 Have you imagined working in Australian hospitals, enjoying life as an Australian doctor?

Melbourne (1), Adelaide (5), Sydney (7) and Perth (9) are all capital cities in Australia. They’re located along scenic coastlines, and offer iconic Australian living in the heart of each metropolis. Restaurants, nightlife and cultural offerings add to the already high quality of life; bustling ports mean a constant thrum of people in and out of the area. Geographically, Australia is a haven from natural disasters and man-made troubles. Australians work hard, play hard, and enjoy life at a fast pace. For some, working in Australia is considered pleasure.

Working in Australia is also one of the best ways to prove yourself to others. Generally, if you live in Australia you’re accepted as long as you work hard and are a decent human being. Its citizens don’t particularly care where you come from; there’s no class system and even those with very little can achieve much with hard work, given the opportunities offered to all. Doctors especially are well respected and form part of large teams in hospitals and clinics. Migrating to Australia and working as a doctor isn’t as difficult as you might think, and the medical workforce is as multicultural as you get.

Australia is also home to a variety of nationalities; if you work with people, then you’re sure to see a wide range of characters. This is true for healthcare – the diversity of cultures offers an opportunity for your skill set to be challenged hourly. Different traditions and customs equal a multitude of practicing techniques. The multicultural aspect also guarantees a wide range of ethnic cuisine and culture. No matter where you’re from, you can still indulge in a little piece of home while still enjoying the best of Australian living.

If you want to move to Australia and work as a doctor, you couldn’t have picked a better country. Melbourne (the most liveable city) in Victoria scored perfectly in healthcare in the survey – in part due to the high quality of doctors and nurses employed there.