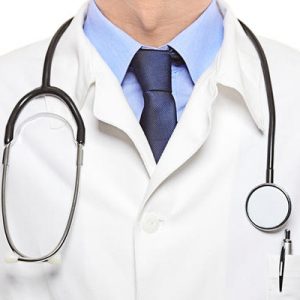 Despite concerns the Medicare rebate freeze would negatively affect GP earnings, a recently released report shows that GP pay is actually increasing above inflation and rising at double the national average.

GP salary generated via Medicare funds on average was $305,287. This is despite a drop in Medicare funds of 4.2% in real terms. Pre-tax earnings of GPs was $116 per hour in 2015, having risen since the implementation of the Medicare rebate freeze in 2013.

The ANZ-Melbourne Institute Health Sector Report relied on data from the Medicine in Australia: Balancing Employment and Life

(MABEL) survey of general practice in Australia and showed GP pay increased by 3.9% between 2012 to 2015, more than double the overall rate of wage growth in Australia.

Out of pocket costs have risen 20% since the Medicare freeze was introduced, however doctors appear to have been reluctant to increase fees or reduce the number of patients they bulk-bill. This may be because the majority of bulk-billed visits are for children and the elderly, for which GPs receive a bulk-billing incentive payment.

The rise in GP pay is thought to be due to a number of factors, including greater efficiency in providing services and improved business processes. Another contributing factor may be the development of medical centres, allowing GPs to share resources and spread costs, as well as rent out rooms to dentists and pathology clinics for example.

The report on general practice trends showed the number of GPs working in a practice with six or more doctors rose to 61% in 2015, up from 47% in 2008. The number of privately owned practices has decreased as more GPs move to corporately owned facilities.

The number of Australian GPs is growing at a much lower rate than that of other specialists despite increasing demand. Consequently, Australia continues to rely heavily on international medical graduates who make up around 40% of doctors in regional areas.

Rural and regional doctors have higher GP earnings than those in the city, largely due to additional incentives. There are calls for more incentives to discourage medical students away from most other specialities, which earn 2-3 times more than most GPs do, or policies which help close the gap between GP salary and the earnings of other specialists.

On average, GPs don’t work as many hours per week as specialists do and a higher percentage of women work in general practice due to the increased opportunity to work part-time. If you are interested in working as a GP in Australia, we currently have a number of GP jobs available in most areas of Australia.