Continuing with the theme of mental illness, this post looks at the reasons why people with mental health issues tend not to live as long as the general population. As an example, Australians with schizophrenia die on average 25 years earlier often from causes related to hypertension despite advances in heart health. Overall Australians with a severe mental illness are dying from preventable diseases on average 10-32 years before other Australians.

One of the biggest factors is that mental health and physical health are often treated separately. When people with a mental illness attend health services for physical and lifestyle reasons, they are sometimes moved on to be dealt with by mental health teams whose primary focus is mental well being. 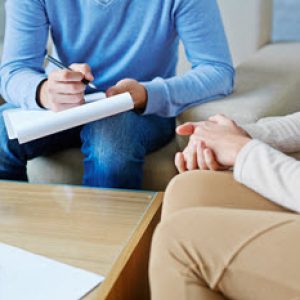 People experiencing a mental illness tend not to have a family GP that they visit regularly and the lack of coordinated care has significant health impacts. Additionally people with mental health often have poor executive functioning skills, which is difficulties with organisation, time management and planning. Consequently they may regularly miss appointments with doctors and specialists and in some cases repeated missed appointments results in them being taken off waiting lists. Likewise people who are experiencing depression and anxiety or bipolar may also have trouble attending appointments.

Lifestyle advertising targeted at the general population tends to be ineffective when it comes to those with mental health issues. For example, campaigns aimed at reducing smoking – a known risk factor for hypertension – have been successful in reducing smoking rates within the general population but has had little impact on those with schizophrenia, about 75% of people living with schizophrenia are smokers. Those experiencing mental illness are also unmotivated to improve lifestyle factors such as healthy eating and exercise. Consequently those with schizophrenia, for example, are twice as likely as the general population to be obese and two to three times more likely to develop diabetes. Medications typically used to treat schizophrenia and psychosis can have significant health impacts, often compounding health issues by causing weight gain due to increased feelings of hunger and reduced physical activity.

People with psychosis experience chronic conditions such as asthma, headaches or migraines, arthritis, and epilepsy as well as poor dental health at rates higher than that of the general population. Unemployment and social issues mean that people with severe ongoing mental illness also find themselves drifting towards the poverty line which has further health impacts due to an inability to access health services because of cost and other factors such as lack of transport.

In Australia there is now a cultural shift towards a more holistic approach when treating patients with a mental illness. Psychiatrists and psychiatric service teams are urged to think about the person as a whole, including their overall health, their lifestyle and the relationship between physical and mental health. Doctors are being encouraged to look at the long-term risks of medication and to partner with other services to meet both the mental and physical health needs of their patients. There is also a call for greater training of allied health professionals such as dietitians and physical therapists to have increased training in mental health in order to be able to work more effectively with Australians experiencing a severe mental illness.

If you are a medical practitioner looking for work in Australia, please see our Job Vacancies.