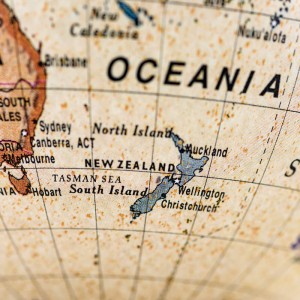 It has often been joked that Australia and New Zealand are so close not only with regards to distance, but many other features, we should be considered islands belonging to the same country. Which, of course, generates much discussion as to who would be the “mainland”.

One thing that binds the two countries is the Trans-Tasman Mutual Agreement, which came to be in May 1998 after being agreed on in 1996. It is a non-treaty agreement, dictating the terms of several exchanges between Australia and New Zealand. One such exchange is the flow of population: New Zealand citizens entering Australia from New Zealand.

They do so under the Trans-Tasman Travel Arrangement meaning they do not need a visa to enter Australia.The presentation of a valid New Zealand passport and Incoming Passenger Card suffices as an application for a Special Category Visa and, subject to character and health requirements, they are granted entry.

If the traveller comes to Australia under the passport of another country, then becomes a New Zealand citizen, they may apply for the Special Category Visa while in Australia. This Special Category Visa has no work restrictions and the holder can remain in Australia indefinitely. The holder also has no study restrictions. This all remains current as long as the holder remains a New Zealand citizen and within the health and character conditions.

What do these trans-Tasman agreements have to do with doctors and other medical professionals? If you are working as a doctor in New Zealand, and you’re a New Zealand citizen, you need no special visas to enter Australia. If you’re from another country and enter under that country’s passport but become a New Zealander while in Australia, you simply fill in the appropriate paperwork and obtain a Special Category Visa once the requirements are met.

If you are a registered GP from New Zealand, you can practice in Australia with no other examinations and requirements to be met. Likewise, if you’re a doctor and working in Australia you can travel to New Zealand and work there. Movement between the two countries is unimpeded; a doctor can work in both countries and be unrestricted in their travel between the two, as long as they remain either a New Zealand or Australian citizen, and legally entitled to work as a doctor in both countries.

If you would like more information or assistance on your move, please feel free to contact us! In the meantime, browse our selection of doctor jobs in new zealand or Australia.