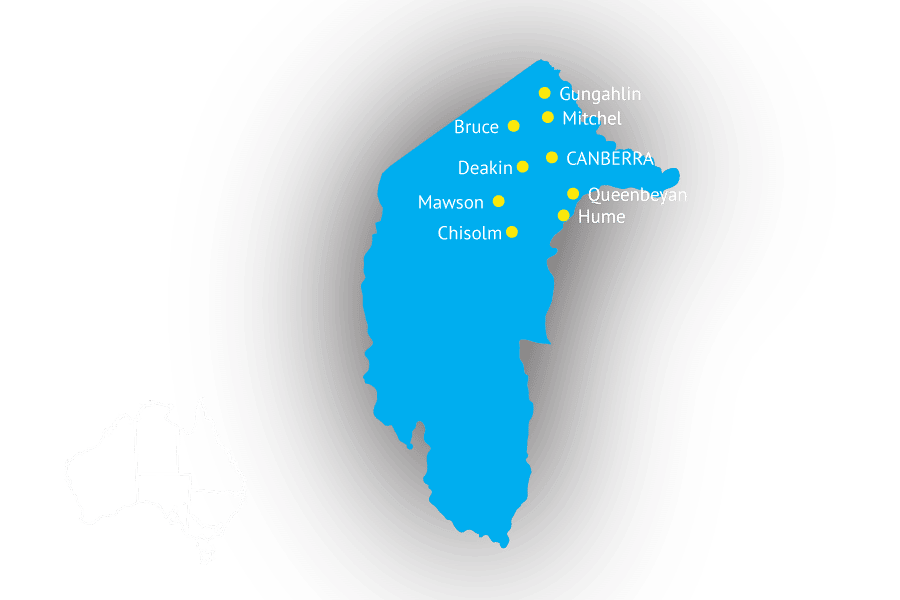 Situated within in New South Wales, the Australian Capital Territory is home to Canberra, the national capital city and the location of Australia’s Federal Parliament.

The ACT is a self- governing territory covering almost 2,500 square kilometres and has a population of 385,600.  The ACT has an abundance of nature with over half of the total area preserved as parks and reserves.  Gracious suburbs and grazing farmland provide the landscape around the capital, Canberra.

Surrounded by the Great Dividing Range to the east and the Australian Alps to the west, located halfway between Melbourne and Sydney the ACT provides the best of all worlds.

Because of its elevation (650 metres) and distance from the coast, the Australian Capital Territory experiences four distinct seasons, unlike many other Australian cities whose climates are moderated by the sea. Canberra is noted for its warm to hot, dry summers, and cold winters with occasional fog and frequent frosts.  Many of the higher mountains in the territory’s south-west are snow-covered for at least part of the winter. Thunderstorms can occur between October and March, and annual rainfall is 623 mm, with rainfall highest in spring and summer and lowest in winter.

Great places in the Australian Capitol Territory to live and work

Home to Australia’s Federal Parliament and the nationally recognised Parliament House, Canberra is more than just a political city. Significant cultural must-sees include the National Museum, the Australian War Memorial, the National Gallery and the Australian National Botanic Gardens.  The famous spring exhibition of flowers, Floriade, is held in September and October and attracts visitors from all over the world.

For outdoor enthusiasts, bushwalking and camping opportunities abound and skiing at the New South Wales ski resorts of Thredbo and Perisher is just a three hour drive away.