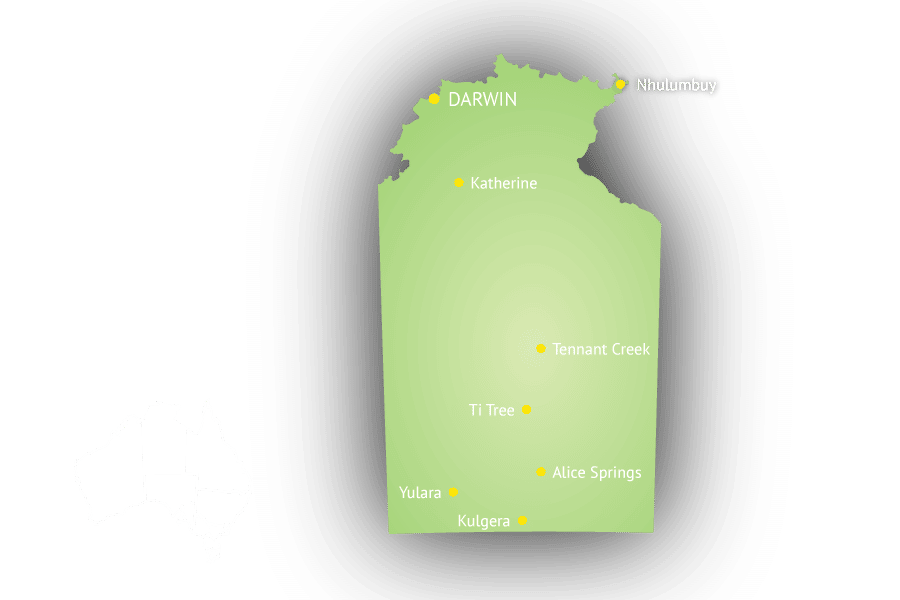 Northern Territory (abbreviated as NT) is not a state but a federal Australian territory in the centre and central north of Australia. With a population of 233,300 it is the least populous of Australia’s eight major states and territories, having fewer than half as many people as Tasmania. The archaeological history of the Northern Territory begins over 40,000 years ago when Indigenous Australians settled the region. Today the economy is based on tourism, especially Kakadu National Park in the Top End and the Uluru-Kata Tjuta National Park (Ayers Rock) in central Australia, and mining.

The Northern Territory has two distinctive climate zones. The northern end, including Darwin, has a tropical climate with high humidity and two seasons, the wet (October to April) and dry season (May to September). During the dry season nearly every day is warm and sunny, and afternoon humidity averages around 30%. There is very little rainfall between May and September. In the coolest months of June and July, the daily minimum temperature may dip as low as 14 °C (57 °F), but very rarely lower, and frost has never been recorded.

The wet season is associated with tropical cyclones and monsoon rains. The majority of rainfall occurs between December and March (the southern hemisphere summer), when thunderstorms are common and afternoon relative humidity averages over 70% during the wettest months.

The central region is the desert centre of the country, which includes Alice Springs and Ayers Rock, and is semi-arid with little rain usually falling during the hottest months from October to March. Central Australia receives less than 250 mm (9.8 in) of rain per year.

Great places in the Northern Territory to live and work

An exotic tropical city and a melting pot of cultures, Darwin is situated on the north coast of the state on the Timor Sea, has a population of 136,000, and acts as the Top End’s regional centre.  Darwin’s proximity to South East Asia makes it an important Australian gateway to countries such as Indonesia and East Timor.  The city itself is on a low bluff overlooking the harbour.  Darwin’s population is notable for the highest proportional population of Aborigines any Australian capital city. A significant percentage of Darwin’s residents are recent immigrants from South East Asia.  Regional attractions include nearby Kakadu National Park.

Alice Springs (often known as “The Alice”) is situated in the geographical centre of Australia and near the southern border of Northern Territory. The town straddles the usually dry Todd River on the northern side of the MacDonnell Ranges. The surrounding region is known as Central Australia, or the Red Centre, an arid environment consisting of several different deserts. In Alice Springs temperatures can vary dramatically with an average maximum temperature in summer of 35.6 °C (96.1 °F), and an average minimum temperature in winter of 5.1 °C (41.2 °F).   Approximately 4.5 hours’ drive south-west of Alice Springs is the world famous Uluru or Ayers Rock.