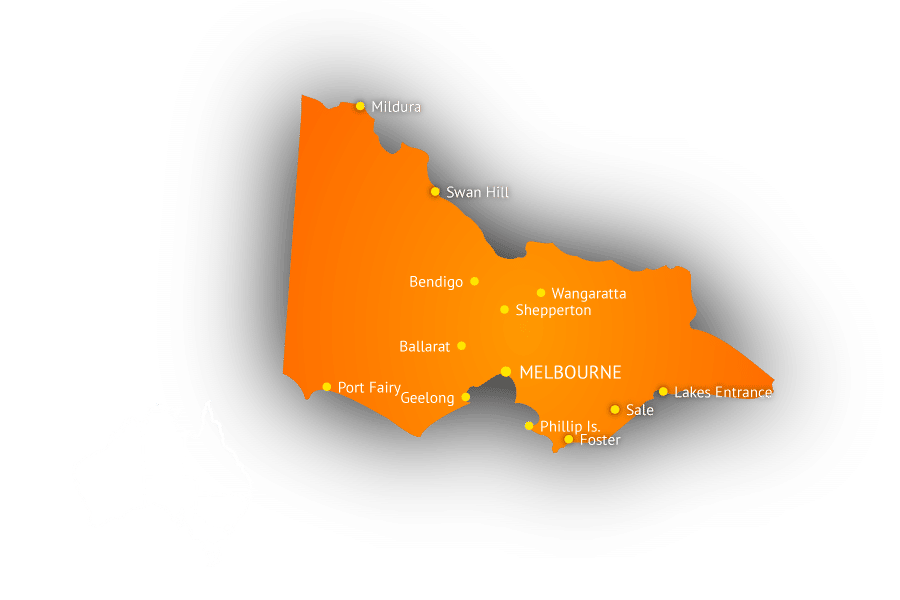 Victoria is Australia’s most densely populated state and its second-most populous state overall and is situated in the south east of Australia. Most of its population is concentrated in the area surrounding Port Phillip Bay which includes the metropolitan area of its capital and largest city, Melbourne, which is Australia’s second-largest city. Geographically the smallest state on the Australian mainland, Victoria is bordered by Bass Strait and Tasmania to the south, New South Wales to the north, the Tasman Sea to the east, and South Australia to the west.

Temperatures vary widely but most of the State falls within the warm, temperate belt of the south-east corner of Australia, characterised by warm and dry summers and cool to mild, wet, winters. Daily summer temperatures range from 14 to 23 C in the coastal areas, 11 to 20 C in the mountains and 16 to 31 C inland. In winter, temperatures range from 7 C to 14 C in coastal areas, 0 C to 5 C in the mountains and 5 C to 16 C inland. Snow settles on the Australian Alps in the north-east of Victoria from June to September.

Great places in Victoria to live and work

Victoria’s capital city, Melbourne has a population of 4 million and is situated on Port Phillip Bay. Known for its love of coffee and sport, Melbourne was named the World’s Most Liveable City in 2014 for the fourth year in a row.

The second largest city in Victoria, Geelong is located 75 kilometres south-west of Melbourne and is the gateway to the famous Great Ocean Road

Historic Bendigo was at the heart of the Victorian Gold Rush in the mid 1800’s and is in the centre of Victoria, 150 kilometres north west of Melbourn.